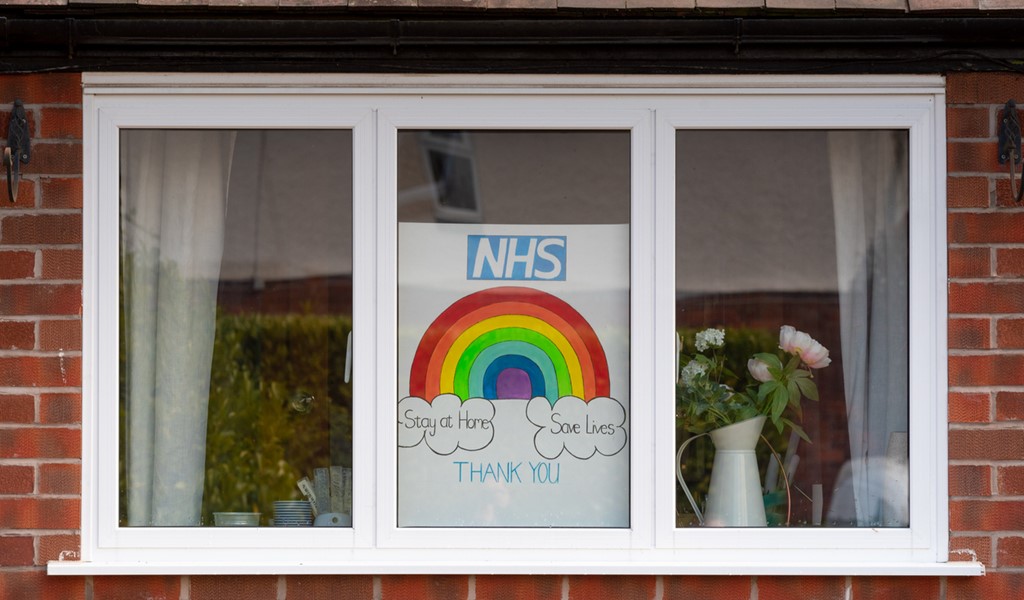 We are here to help in any way we can

The coronavirus pandemic sweeping the world has had such a detrimental impact on so many but one doesn’t have to look far to see acts of utter selflessness, kindness and love. Whilst the global economy is facing a number of challenges, it is incredible to see so many working together with one common goal: to help each other.

The UK economy grew 0.1% in the three months to February prior to the UK entering lockdown. The Office for National Statistics (ONS) data released this month showed the increase was entirely down to the services sector and - whilst a tiny rise - it was a slight improvement on the last reading which measures growth on a three-month rolling basis.

UK retail sales, somewhat unsurprisingly, have suffered the worst decline on record last month due to the lockdown, however food and online sales jump as we all stay home.

UK inflation is now down to 1.5% as a result of lower fuel and clothing prices. It is the eighth consecutive month that the reading has been below the Bank of England’s 2% target.

The Bank of England will directly finance extra government spending to fund the immediate costs of fighting coronavirus.  This means that the Treasury will not have to tap into gilt markets which makes the UK the first country to embrace monetary financing of government on a temporary basis. This, at a time when the UK deficit could surge to the highest level since World War II.

Some leaders of Europe’s hardest-hit countries have vowed to keep lockdown orders in place but began outlining plans to reopen their economies amid signs they had overcome the worst of the coronavirus outbreak. There is added fear that if Europe fails to control the virus within one quarter and is forced to implement lockdown measures throughout the summer then the economic consequences could be severe.

Angela Merkel has told fellow EU leaders that Germany is prepared to make a substantial financial contribution to help relaunch the region’s economies after the coronavirus pandemic as member states asked the European Commission to create a ‘recovery fund’. Whilst leaders try to sign off a €540 billion package of emergency measures and overhaul the Multiannual Financial Framework (MFF) there is some rewriting to be done and concern over different countries’ fiscal situations to be able to boost their own economies. France, Italy and Spain have sought grants whereas Ms Merkel has insisted that any funding borrowed on the markets must ultimately be repaid.

The FED are to provide an additional $2.3 trillion in loans to shore up the US economy during the coronavirus pandemic by setting up new facilities to deliver credit to small businesses. “Our highest priority must be to address this public health crisis, providing care for the ill and limiting the further spread of the virus,” Federal Reserve chairman Jay Powell said this month.

Subsequently the US Congress has passed a new Covid-19 relief package totalling $484 billion which is the fourth bill to clear congress and will act to top up a small business aid fund while also funding hospitals and testing. Meanwhile the increase in jobless claims has wiped out ten years of employment gains.

The G20 group of the world’s biggest economies has agreed to suspend the debt repayment plans of the world’s poorest countries to try to free up funding for pandemic management.

The virus has had a huge impact on the Chinese economy which has reportedly shrunk for the first time in decades in the first quarter of the 2020. Markets start to fear that this could trigger the worst global recession since World War II.

As we opened, April stocks retreated after the worst quarter since 2008 and the FTSE suffered its worst quarter since 1987. However, as we have moved through this period there have been a few small relief rallies and Asian stocks have also recovered one-third of their first quarter losses.

This month saw US crude oil futures turn negative for the first time in history as storage space in the US filled up due to a drop in demand for oil during global lockdowns. The worldwide benchmark Brent crude also tumbled to levels last seen in 1999.

Finally, to try to finish on a more positive note: the “one man funding machine” - as described by The Duke of Cambridge - Captain Tom Moore turns 100 on 30th April.  The war veteran has inspired so many with his completion of 100 laps of his garden and raised more than £23 million for the NHS – what a man!